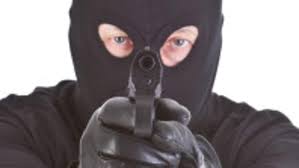 A NOTORIOUS armed gang that had been terrorising the Pietermaritzburg CBD has been arrested after making the mistake of robbing a security guard.

The group of six men, some of whom carry guns, are understood to have been behind a spate of robberies in and around the Matsheni beer hall, which has fast developed a reputation for being lawless.

The guard became the latest victim of rampant crime at the beer hall on Monday when he was stripped of his valuables, including his gun, by the gang of armed men who roam the facility’s corridors.

The gang’s ill-fated choice of victim led to their arrest later that day.

An investigating team from Magma Security, the guard’s employers, was set to work on the case.

“One of our guards, who was on duty near the hall, was surrounded by six men who held him at gunpoint while they robbed him of everything he had on him.

“When I was notified I assembled a team and we started work on the case. After several hours we followed up on intelligence and we raided several places and managed to arrest six men we think are responsible for crime in the area,” he said.

Sulieman added that his team, working with the police tactical response team and dog unit, had also managed to recover a gun that was used in the robbery and the guard’s stolen gun.

On Monday The Witness reported that the beer hall had degenerated into the city’s worst building and had become a popular haunt for dangerous criminals.

Besides the danger, the dimly-lit and dilapidated building is home to drug addicts and the homeless, with the smell of human excrement rising from the city centre lot.

Last week a delegation of members of the Community Policing Forum, Business Fighting Crime and municipal security were faced with towering heaps of rubbish from vendors piled in the middle of what used to be a parking lot when they visited the hall.

The stench of decaying meat and urine soaked the air surrounding the trash.

Matsheni committee chairperson Dumisani Mdlangathi had said that the municipality had forgotten the building in terms of basic service delivery.

“Municipal waste trucks only come in once a week, but too much [waste] accumulates in that time. The toilets don’t work.

“There is no electricity; vendors must connect illegally. The gates are broken so thugs, criminals and vagrants come in at night and do their own thing,” he said.

Pietermaritzburg Community Policing Forum chairperson Claire Crawley said statistics show more than half of the crime in the entire CBD happens in the vicinity of Matsheni.