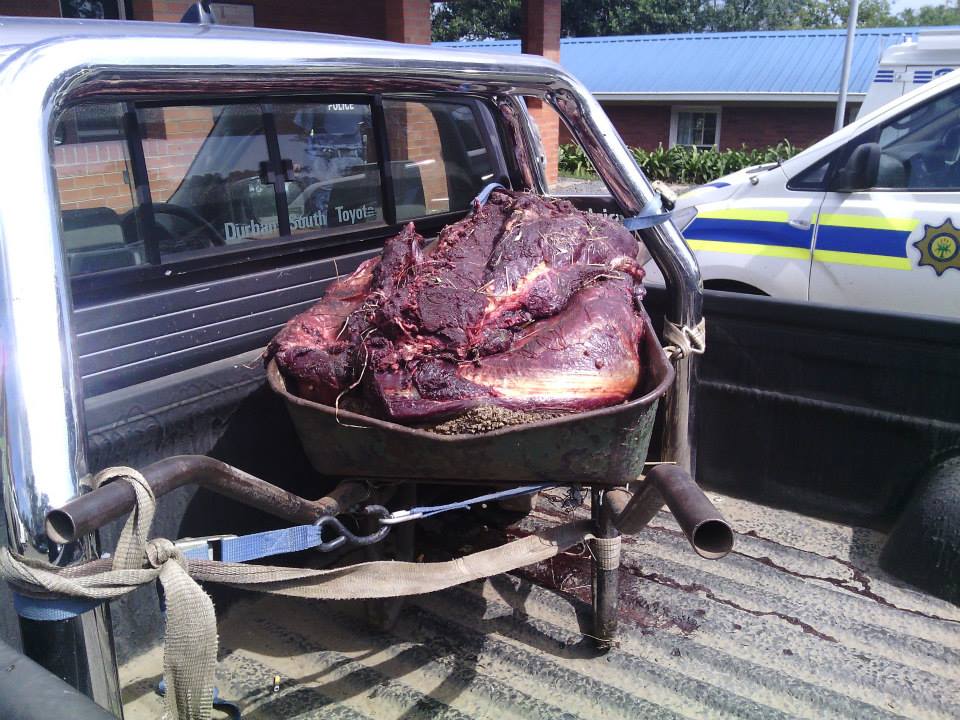 On Friday the 8th November, Magma Security received information that there were two men walking with a wheelbarrow full of meat. Magma Security management and Camperdown SAPS proceeded to the area where the two men were found.

The two men were detained and told to guide us to where they cut the meat from. The led us to a small clearing where we found a Kudu bull carcus. we uplifted the Kudu and proceeded back to the Camperdown police station where the suspects were charged for poaching.